Because everyone wears them, you want to be different and stand out! A normal Santa costume is not enough!

Never seen a costume like this!? A cheerful Cowgirl style Santa Costume! 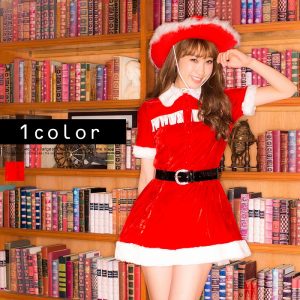 Feeling like a cheerful cowgirl!? “What? I’ve never seen such a thing!” This charming Santa costume will surely attract attention. The cowboy hat with a fluffy hem is fashionable, Santa style and so kawaii! The one-piece dress with white fringes as accents has a cute back style and is instagrammable even from the back.

Fashionable like a marching band! Santa costume with an unordinary design 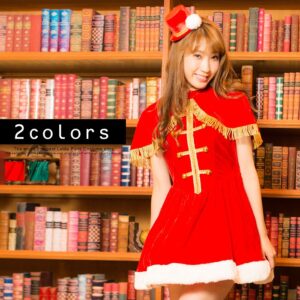 This set has a fringe cape, a kawaii one-piece dress with a march band style design, and a Santa mini hat you can put on your head in a humble manner. With this eye-catching design, you’re sure to be in the center of attention.

Finally! A set of Santa Costume with a trendy design♪ 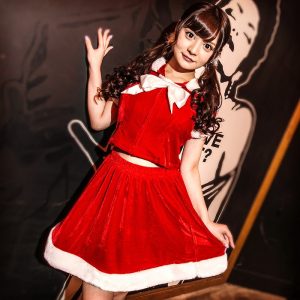 You can enjoy a trendy coordination, even with a Santa costume! Turn yourself into a trendy Santa and be a fashionable dresser♪ You can enjoy a kawaii Santa style coordination using this set of jacket with a one point ribbon at the chest that can be squeezed at the waist and skirt!